By Kamm Teapot Foundation on July 31, 2014 in Artifacts, Teapots 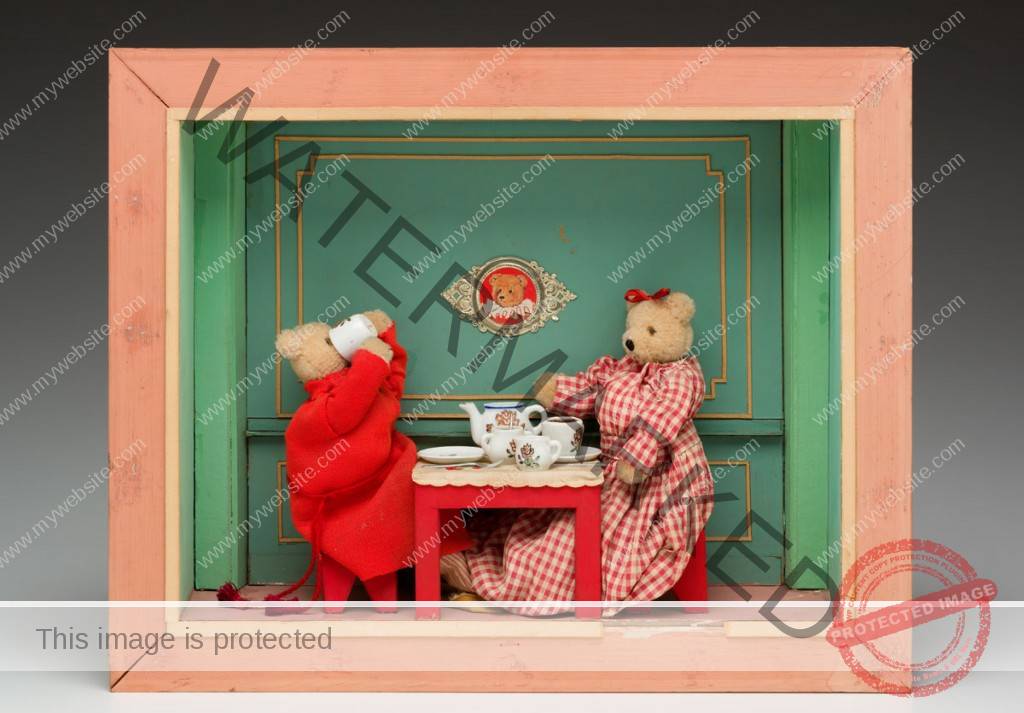 This diorama of two bears drinking tea together was created as a window dressing for the jewelry company Tiffany & Co., by the window dresser and illustrator Robert Heitmann. Heitmann created whimsical, seasonal window decorations for Tiffany & Co. from the mid 1970s to the mid 1990s, which were often based on classic children’s literature. Heitmann also wrote and illustrated two children’s books, The Man in the Flannel Suit and Best Witches, and worked for two different Manhattan advertising agencies before becoming a freelance window designer. Heitmann’s designs were used in stores in New York City, Rochester, Pittsburgh, New Orleans, and Atlantic City.

After their use as window dressings, many of Heitmann’s dioramas were sold by the Gordon Fraser Gallery in Newtown, CT, and many have been exhibited by the Scarsdale Historical Society in Scarsdale, NY. The Kamm Teapot Foundation acquired this diorama for its use of tea imagery in advertising, which is a thematic area in the collection.