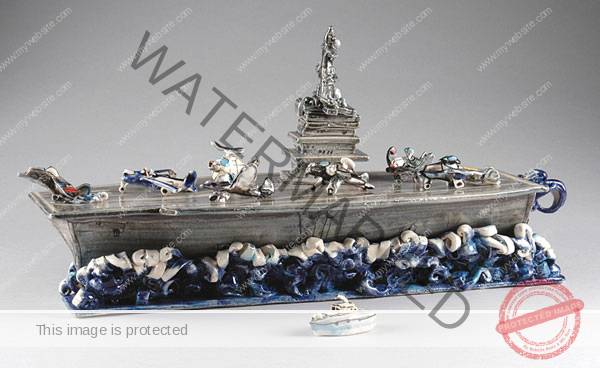 This teapot sculpture by ceramicist Gerry Wallace takes the surprising form of an aircraft carrier warship, which sits on a separate base made in the shape of ocean waves. The spout of the teapot is formed from an airplane at the bow of the aircraft carrier, and the handle is formed of a curling wave at the stern of the carrier. The tower of the carrier is removable, and forms the lid of the teapot. The sculpture also has five detached airplane figures, as well as a helicopter and a smaller boat, each of which has a small, removable lid, suggesting that they form sugar bowls and creamers of a tea service along with the carrier.

Gerry Wallace lives and works in Orinda, CA, where she primarily displays her work through Orinda Books. She is a member of the Orchard Valley Ceramic Arts Guild. 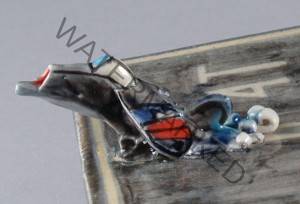 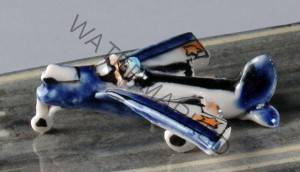 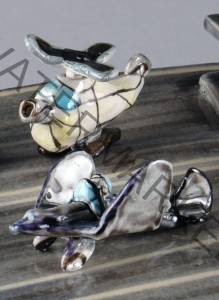