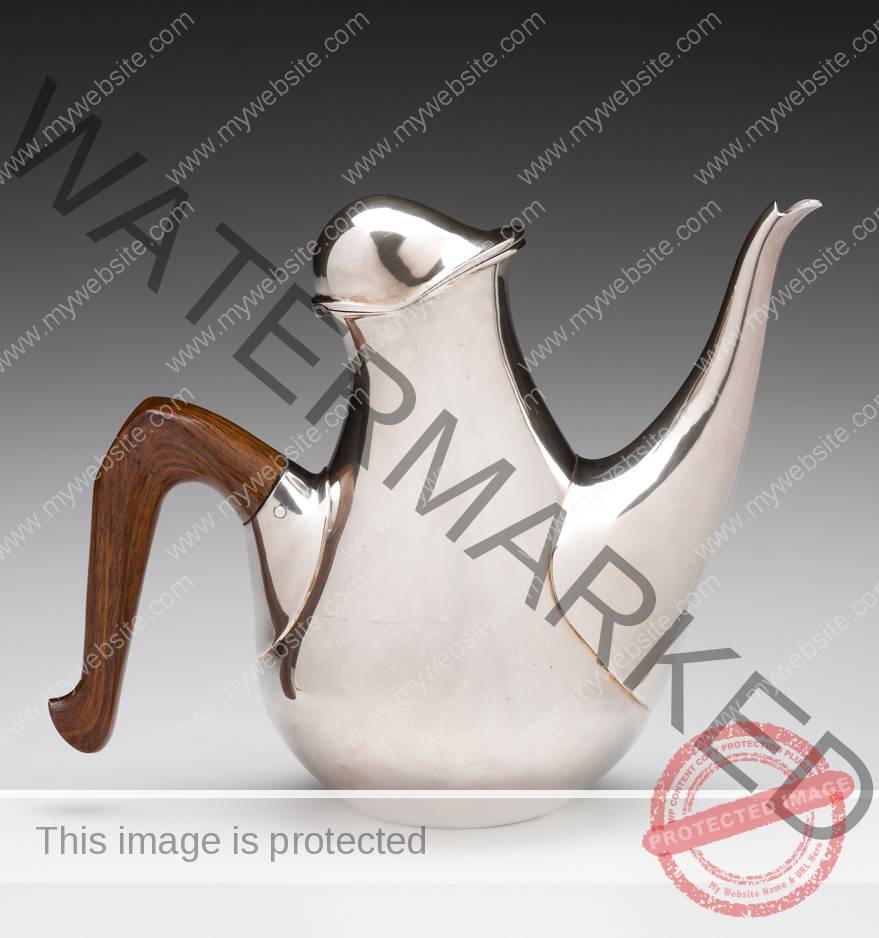 …In creating a work of art, besides my personal experience, my concern is how it emotionally and intellectually engages the viewer…[i] – Albert Paley

Paley began his artistic career at Tyler School of Art in Philadelphia from which he received a Bachelor of Fine Arts in 1966 and a Master of Fine Arts in 1969. Although he often wavered between sculpture and jewelry, Paley chose the latter for his graduate work. This decision meant he could continue studying under the esteemed jeweler Stanley Lechtzin. Paley thrived under Lechtzin who was “technically demanding” and stressed “professionalism.”[ii] Furthermore, jewelry provided certain challenges for Paley. He believes that “… [he] had to concentrate more, [he] had to focus more, [he] had to put more energy into it to master the disciplines…”[iii] Paley’s jewelry of the 1960s and 1970s is bold, ornate, personal, and large. His necklaces, brooches, and bracelets often mirrored the body’s curves and movement.

In 1967 Paley obtained a graduate assistantship at Tyler which allowed him to teach full-time while continuing his studies. During this period, he describes himself as “very ambitious, very driven.” [iv] Although his primary focus was on jewelry, Paley did create a small number of holloware forms as well. Examples of these works include a chalice for Pope Paul VI, an Art Nouveau inspired vase, and an eye-catching teapot which is now in the Kamm Collection.[v]

This award-winning teapot is made of raised and fabricated sterling silver.[vi] Its body is slightly-tilted, bulbous, pear-shaped, and lively. On one side a conical spout curves upwards. On the opposite side a rosewood handle reaches out turning downward. These two features, extending in opposite directions, create a gestural line that flows across the form. A hinged domed lid attaches to its top. Like his jewelry from this time, this teapot captures a sense of motion and illustrates Paley’s talent with metal.

Today Paley is probably best known for his work in bronze, iron, and steel, particularly his massive sculpture and gates. However, his explorations on a smaller scale played an important role in his artistic development. He learned how to forge, a direct process that always appealed to him, while working with silver and gold. In addition, Paley’s experiences with precious metals and its associated practices tested him as an artist. Without that background, it is probably safe to say that his career might have had a different trajectory.

Over time Paley slowly gravitated towards working larger in metal. In 1969 Paley created his first piece of ironwork, a candlestick. Forging hot iron provided him with a “sense of plasticity” which was “very exciting, very immediate.”[vii] Also, there was a “freedom” and “physicality” to it that Paley utterly enjoyed.[viii] While teaching goldsmithing at Rochester Institute of Technology in New York from 1969 to 1972, Paley set up a forge and was creating decorative objects such as mirrors and planters. Then came a major turning point for the artist. The Smithsonian Institution’s Renwick Gallery in Washington, DC selected Paley’s design for the entrance to the gallery’s shop.[ix] The Renwick’s Portal Gates, which were completed in 1974, launched Paley into the national spotlight. He admits that this ambitious ornate structure made of steel, brass, bronze, and copper was “a culmination of everything [he] had previously experienced.”[x]

Since the Portal Gates, Albert Paley has continued to exhibit, obtain significant commissions, and share his knowledge of metal. He is applauded for his ingenuity as well as bringing greater attention to the field of metalwork. Perhaps this attention is because Paley ‘s forged and fabricated forms appear to straddle that much-debated line between the fields of craft and art. Much has been said about the fact that “he produces craft objects that are art, and art objects that are craft.”[xi] Nonetheless we can all agree that he truly is a master of metal.

[v] This chalice was created for Pope Paul VI for the 41st International Eucharistic Congress in Philadelphia.

[vi] This teapot received an award in a Sterling Silversmiths Guild of America national competition.

[ix]  The Renwick Gallery is currently considered a branch of the Smithsonian Institution’s American Art Museum.