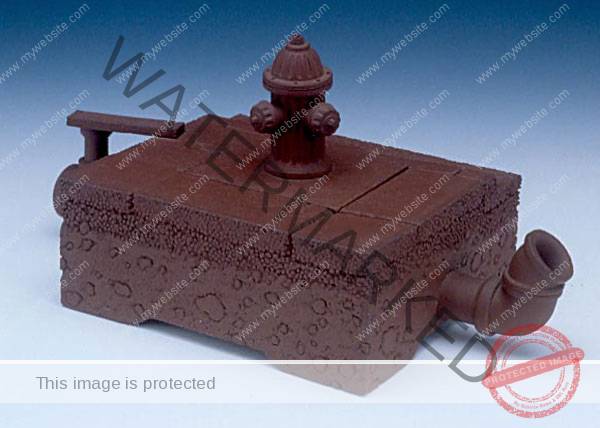 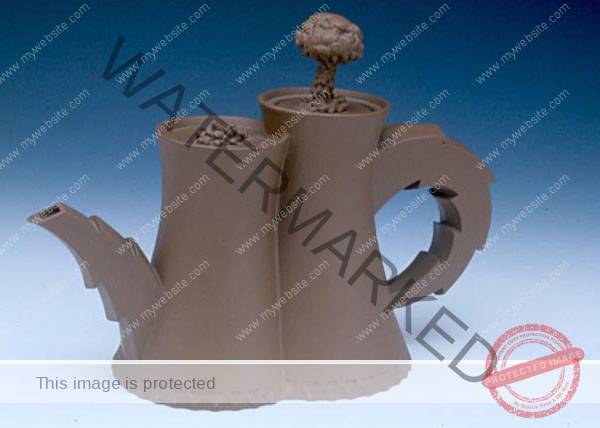 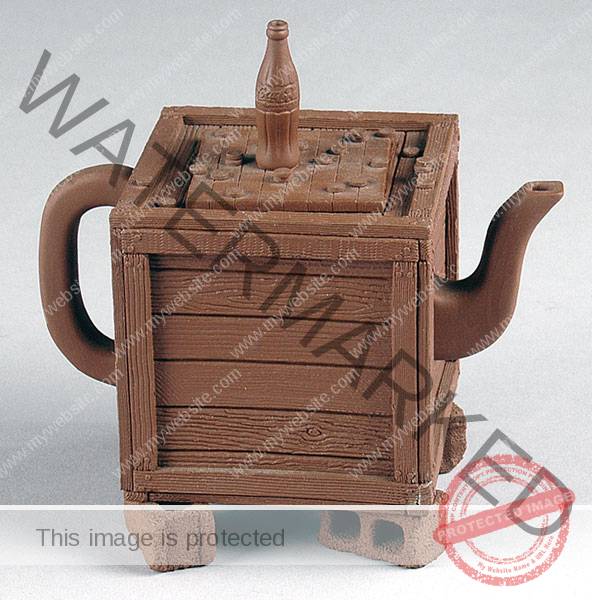 These teapots by the contemporary ceramicist Richard Notkin were created as part of his Yixing series of teapots. Though Notkin is an American artist, many of his works pay homage to traditional styles and forms of the teapots of the Yixing region of China, particularly in the small scale of the teapots and attention to detail, and in the use of the teapot form in order to tell stories.

While Notkin’s teapots resemble traditional Yixing teapots, they also frequently depict very modern, man-made objects, such as cement pavement and shipping crates, as well as distinctly American objects, like Coca-cola bottles. Many of Notkin’s works are also commentary on current human relations, and often critique war, violence, and oppression. Many of Notkin’s sculptures and vessels also repeat visual themes and forms, such as skulls, dice, and mushroom clouds, forming a complex personal symbolism when taken together as a body of work.

Some of Notkin’s teapots are made in the shape of anatomical human hearts, which are designed to imitate the form of a 19th century Yixing teapot in the shape of a Buddha’s-hand citron fruit. For Notkin, the image of a human heart as a teapot is used as a symbol for inner lives, and how a person’s emotional heart can be a vessel for both love and hate, and how those feelings can have consequences in a one’s external action. 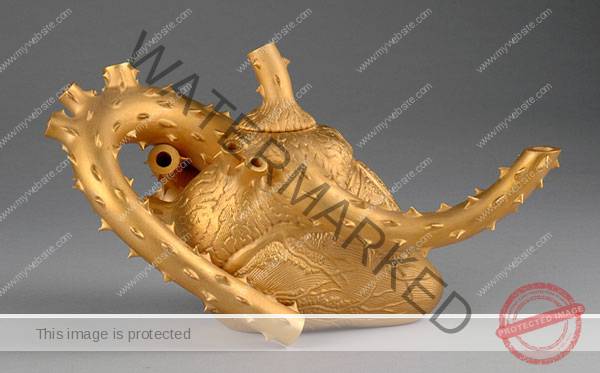 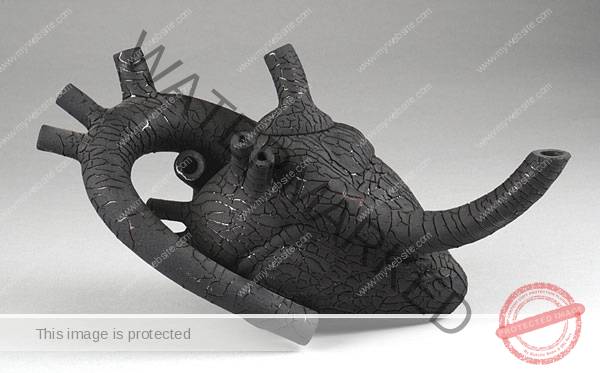 Notkin was born and raised in Chicago, IL, and studied art at the Kansas City Art Institute in Kansas City, MO, as well as the University of California in Davis, CA, where he studied under ceramicist Robert Arneson. He lives in Helena, MT, with his wife and fellow artist, Phoebe Toland.

Richard Notkin on Craft in America.

The Metropolitan Museum of Art. “Teapot in the Shape of Buddha’s-Hand Citron.” The Collection Online.